Retail Workers: the unsung heroes of the frontline.

Being an expat, I rely heavily on social media to stay connected to my homeland. A lengthy scroll through my Facebook newsfeed has become a morning ritual. The nosy neighbour within me loves to keep up with everything that’s going on back home. With a cup of tea in hand I fire up the computer, eager to indulge in my daily dose of updates.

Lately however, I’ve been slightly cautious about logging into Facebook. There’s no denying that misery loves company. In testing times it can be comforting to know that other people share your concerns. With that said, there’s only so much doom and gloom a person can take.

I’ve been attempting to limit my exposure to all things Covid-19. It’s not that I don’t care, in fact it’s the opposite. I care too much. I have a naturally anxious disposition. It’s far too easy for me to slip into a black hole of worry and inner torment. I usually look to social media for a welcome distraction from whatever it is that’s plaguing me. But these days there’s no escaping it.

I recently came across a post that I found particularly triggering. A friend of mine shared a photo of a young man wearing a retail worker’s uniform. It was accompanied by an excerpt written by the boy’s father. He was basically pleading for people to be kinder to shop workers during this difficult time. His son had told him about being verbally abused by customers during the course of an exhausting 12 hour shift.

I worked in retail for over a decade. Throughout that time I witnessed and experienced so many examples of shocking, blatant disrespect. I remember one instance when I needed my manager’s help to rectify a mistake I had made on the till. The customer I was serving at the time turned to her children and said “see kids, you obviously don’t need an education to work in a place like this”. I had just completed a degree in journalism, but of course I couldn’t tell her that.

On another occasion a teenage co-worker of mine was reduced to tears by a grown man. He berated and belittled her, all because a particular item was out of stock. Why is this behaviour tolerated? Whoever coined the phrase “the customer is always right” has a lot to answer for. Some people seem to think this motto gives them a licence to mistreat retail staff, without fear of any consequences or retaliation. 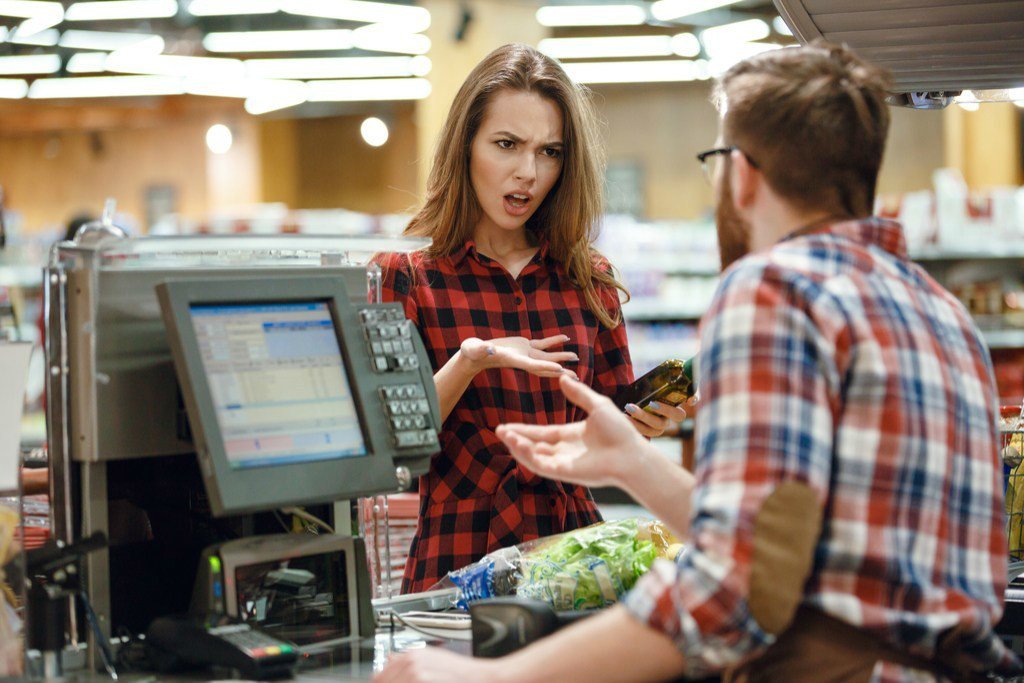 I also believe there’s an element of snobbery involved. It’s often assumed that those who work in retail or the service industry lack a certain level of intelligence and ambition. Apparently it’s a job that anybody can do. I couldn’t disagree more. Good customer service requires a serious amount of patience and resilience. I can safely say it’s the hardest job I’ve ever had.

How someone treats you is more often than not a reflection of who they are. It can be hard to remember that when you’re on the receiving end of an unwarranted tirade. Because you can’t bite back, there is an obvious power imbalance between you and the customer. Some people take advantage of this, especially those who for whatever reason feel powerless in their everyday lives.

Perhaps I was naive to think that the current pandemic would change the way people view retail workers. When the prospect of a lockdown was first announced people flocked to supermarkets. Shelves were cleared of practically anything that could be deemed essential. The hoarding only ceased when people realised that grocery shops were staying open, and that supplies were being replenished.

Imagine the panic that would have ensued if this wasn’t the case. We’ve all seen those apocalyptic movies where frantic civilians resort to looting and other criminal acts. Retail employees are now frontline workers. They’re risking their own health and well-being just by turning up. We owe them the same level of respect that’s been shown to our healthcare heroes.

As far as I’m concerned, a pandemic is not a valid excuse for poor behaviour. People in retail have been putting up with abusive outbursts for years, long before Covid-19 came along. Anyone earning an honest living deserves respect, regardless of their job title. Now more than ever we need to exercise compassion and gratitude, especially to all those braving the frontline on our behalf.

A Lazy Woman’s Guide to Fitness.
"It Would Have Been Easier to Confess to Murder, than Admit You're Pregnant"
Britney's Fight For Freedom Feels Personal For Those Who Grew Up Idolising Her.
Comments